One person was killed and three others injured after a rollover collision occurred on SH 130 Friday morning. Travis County deputies reported that the accident occurred just after 7 a.m. when an F250 pickup truck flipped and rolled over onto the median of the roadway. 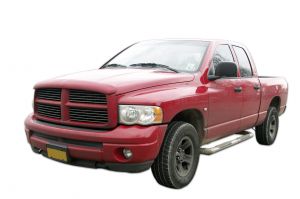 When police officials arrived at the scene, they closed the roadway, which forced all motorists to exit Elroy Road. The truck was hauling a trailer while traveling South bound on the roadway when his back tire blew out, causing him to lose control of the truck.

After the collision, the driver of the truck was trapped inside of the vehicle. A witness to the crash pulled over in order to assist in the collision and pull the truck driver from the vehicle. Two other passengers in the truck were able to crawl out on there own. A third passenger was pronounced dead on the scene by emergency crews.

Troopers have not yet released the name of the victims at this time. The driver suffered critical injuries and two passenger suffered minor injuries.

It has also been said that the accident could have been prevented if the truck's tire was properly maintained. The truck belongs to Aaron Concrete Contractors. The owners have spoken to investigators at this time, but have not identified anyone in the truck.