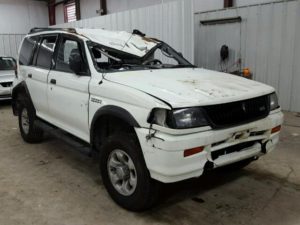 Rollovers cause more than 7000 deaths and serious injuries each year where the roofs of the rolled vehicle collapse. The number of rollover deaths involving SUVs has increased more than 200% in the last 30 years. Studies continue to show there is a strong correlation to roof strength and fatalities and injuries, and the severity of roof crushing in rollover accidents.

Unfortunately, automakers have fought changes to regulations and challenge the validity of the numerous studies claims that say roof strength standards are far too weak to protect occupants, particularly in high rollover risk vehicles like SUVs. These automakers claim that the far most important preventative measure is getting occupants to buckle up as most rollover deaths and injuries occur when unbelted occupants are ejected from the vehicle. If you or a loved one have been involved in a rollover and the roof collapsed, then call Rollover Attorney David Willis at 1-800-883-9858 for help.

The National Highway Traffic Safety Administration (NHTSA) conclusions on roof strength issues are in line with newer studies and they support efforts to increase roof strength standards to reduce rollover death risks.  NHTSA’s data indicates that an average of 3700 deaths and serious injuries occur annually in rollover accidents where the occupants are wearing their seatbelts and the roof is crushed.

In 2009, great progress was made to reduce risks of rollover crashes and upgrade the agency’s safety standards on roof crush resistance. The prior rule for cars, suvs, and trucks was the vehicles roof must withstand 1.5x the vehicles unloaded weight. This was doubled to 3x the vehicles unloaded weight. This new rule now applies to vehicles up to 10,000 pounds in weight covering a much more broad array of heavier trucks. The new test standards also require the vehicles roofs to hold up on both sides instead of a single side test. These 2009 rule changes estimated to save 135 or more lives and 1000+ injuries each year.

NHTSA has made addressing rollovers one of its highest safety priorities.  In 2007, 35% of all vehicle occupants were killed in a rollover accident. Approximately 57% of those were killed by being ejected either partially or fully. NHTSA has stated in their report that their goals are to

Technology like Electronic Stability Control has the ability to reduce rollovers from occurring by over half. ESC systems use automatic computer-controlled braking to assist drivers by braking individual wheels when the computer senses that the driver is losing directional stability.  NHTSA estimates ESC will save 5300 to 9600 lives in all types of crashes annually once every light vehicle on the road is equipped with electronic stability control.

The fatality rate for an ejected occupant is 3x as great as one that remains inside during an accident of any type.  Safety belts are priority number one to keeping occupants inside. Safety belts reduce fatalities by close to 75% in cars and 80% in light trucks. Priority two is improving the hinges and locks on doors and door retention components.

Lastly, provided the occupant does wear their seatbelt, is involved in a rollover and doesn’t get ejected; it is important for that person to stay protected during those dangerous few seconds. One of the ways manufacturers can do this is the importance of the roof structure to remain intact and maintain survival space. That is what the 2009 makeover of the roof strength standards intends to improve. All vehicles must be up to the standards by 2017.

Talk to a Rollover and Roof Crush Attorney

If you or a loved one have been involved SUV or Truck rollover and the roof crushed down or the roof pillars collapsed and injured you or a loved one, you may have a legal right to bring a roof defect or rollover stability lawsuit again the vehicle manufacturer. Call Rollover Lawyer, David Willis and get a Free Case Evaluation today. Call 1-800-883-9858