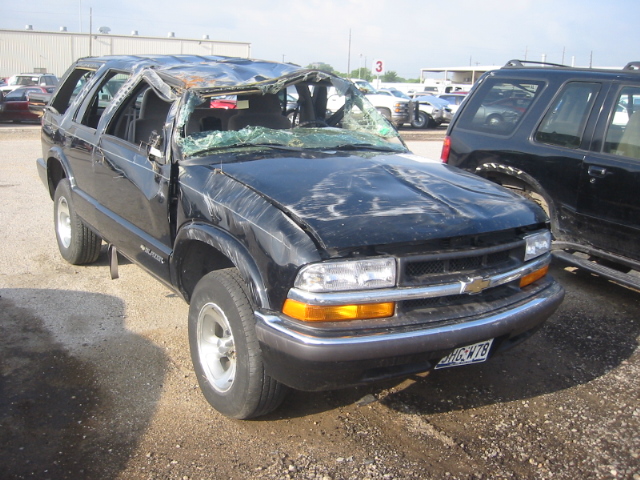 The Chevy Blazer and GMC Jimmy, both produced along similar lines, were first introduced in 1983. These mid-size SUVs were originally only offered in two-door styles, copying older GMC SUV models. 1988 saw the introduction of a new engine option, giving Blazer and Jimmy consumers the ability to purchase a 150 horsepower version.

The 1990 Blazer and Jimmy provided four-door models that underwent substantial cosmetic changes, including an overall lengthening of the vehicle. Months after these four-door models were released, the manufacturers released the option for two-wheel drive models of both the Blazer and the Jimmy. By 1992, anti-lock brakes had also become standard equipment on these vehicles.

The second generation Blazer and Jimmy were launched in 1995, featuring a cosmetic redesign and increasing the size of the vehicle. The vehicle included driver-side airbags initially, eventually offering passenger airbags as well. Storage space was increased, providing better family-friendly options for consumers. By 1998, airbags for both the driver and passenger were standard. Chevy offered an improved trim package known as the TrailBlazer in 1998, while GMC opted to cancel the Jimmy by 2001. The Jimmy was replaced with the GMC Envoy. The Blazer followed in cancellation in 2005.

Unfortunately, these vehicles both posed considerable rollover risks, as neither was designed with rollover safety as a top priority. With a profile common among SUVs, the heightened center of gravity increased the likelihood of a rollover accident.

Rollover Safety Concerns for the Blazer and Jimmy

Like many other SUVs, the Blazer and Jimmy have a higher center of gravity when compared to other vehicles, such as sedans or coupes. This higher center of gravity translates to an increased probability of tipping over if a driver makes a drastic turn or needs to swerve out of the way while on the road. If the vehicle becomes unbalanced, the momentum of the vehicle's movement may carry it into a roll, which can result in a serious accident and devastating injuries.

NHTSA Rollover Test Failures for the Blazer and Jimmy

While many people are led to believe that SUVs are much safer than smaller vehicles, the truth is that the risks of a rollover accident can offset whatever benefits the larger size of the vehicle may provide. In particular, the rollover ratings of the Chevy Blazer and GMC Jimmy may work to support this line of reasoning.

If your injuries or the injuries of someone you love were caused by a Chevrolet Blazer or GMC Jimmy rollover accident, we may be able to help. Financial compensation may be available, but the process of filing can prove difficult. To learn more about our legal services, contact the Willis Law Firm today at 800-883-9858.