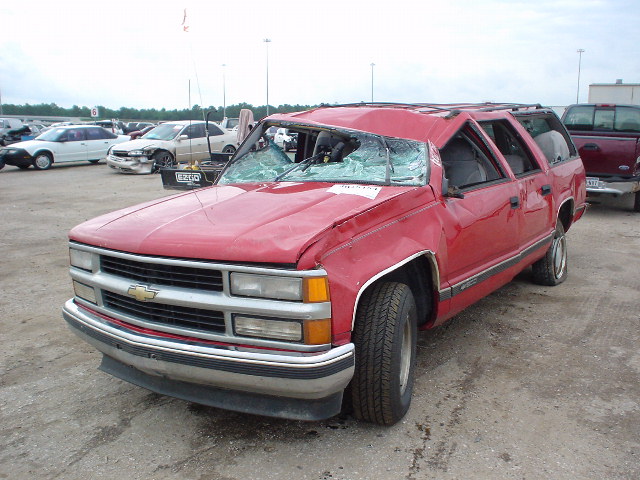 In 1934, Chevy released the first model of the Suburban. The Chevy Suburban has been one of the most successful and long-lasting models for Chevrolet, although it's been changed considerably since its original release. In particular, the original Suburban was designed as a wagon, making it smaller in size when compared to the modern Suburban.

In 1995, Chevy supplemented their Suburban models with the smaller, albeit still full-sized, SUV, known as the Tahoe. Together, these full-sized models have proven particularly popular among families and those needing to haul cargo. However, both of these models are relatively susceptible to rolling over in an accident, potentially contributing to a dangerous safety hazard known as roof crush.

What Is Roof Crush, and What Leads to This Safety Hazard?

The substantial weight of the Suburban and Tahoe can prove extremely dangerous in conjunction with the heightened possibility of a rollover accident. As the vehicle's higher profile raises the center of gravity on the vehicle, sharp turns or collisions with the side of the vehicle may make it more likely for the top to tip over. At a significant speed, this tipping can easily be carried over through momentum into a full roll.

As a vehicle rolls, the support beams that hold up the roof from the rest of the cabin undergo a substantial amount of pressure. If these beams are incapable of handling the weight of the rest of the vehicle, they may collapse, causing the roof to collapse into the vehicle during a roll. This can cause severe head and neck trauma to anyone in the vehicle during the accident. Tragically, many roof crush accidents end in permanent brain damage, paralysis, or a fatality.

Are Suburbans or Tahoes Safe for Roof Crush Accidents?

According to the federal government's National Highway Traffic Safety Administration, both the Tahoe and Suburban scored three out of five stars in rollover safety tests. While these vehicles are considered relatively safe when it comes to avoiding a rollover accident, they are still at a substantial level of risk for rollover accidents when compared to many compact SUVs or even sedans.

Given their significant weight and size, these vehicles may be particularly dangerous in terms of roof crush accidents. Both vehicles weigh several thousands of pounds, potentially putting too much force on the support beams and likely causing the roof to collapse or crush.

A person injured in a rollover accident may be legally entitled to pursue financial compensation for those injuries from the automotive manufacturer. Whether the injury was caused by poor design or a mechanical defect, an automotive manufacturer may be liable for the cost of medical bills, out-of-pocket expenses, or even wages lost during treatment and recovery. To learn more about your options after a Chevrolet Suburban or Tahoe rollover accident, contact the Willis Law Firm today by calling 800-883-9858.