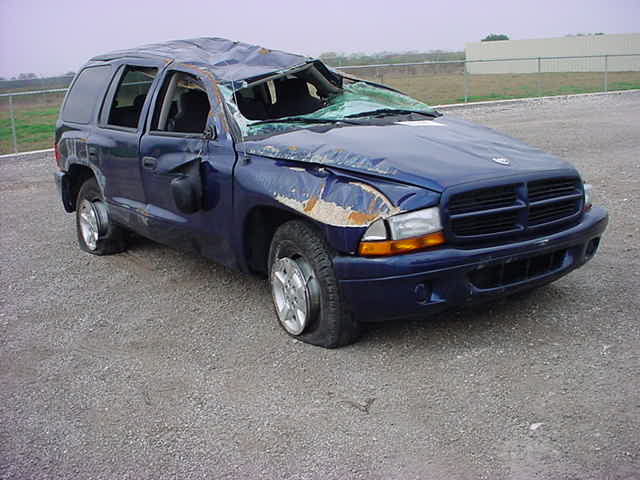 Dodge replaced their Ramcharger with a mid-sized SUV known as the Durango in 1998. The Durango originally was released as a four-wheel drive SUV, but eventually allowed for a two-wheel drive option a year after its initial release. In 2002, side airbags were added as an option, increasing passenger safety. And, in 2003, Dodge added four-wheel disc brakes to this vehicle model.

In 2004, the Durango went through a notable overhaul that caused it to be reclassified as a full-sized SUV. Matching Dodge's line of trucks, the 2004 Durango saw noticeable cosmetic changes in addition to another row of seating. This additional seating raised the total number of available seats in the vehicle to eight. In 2007, the second generation Durangos were reworked again to improve sales numbers by adding important safety features, such as electronic stability control and a tire pressure monitoring system. In 2008, a hybrid version of the Durango was also offered.

After cancellation in late 2008, the Durango was revived in 2010. Unlike previous Durangos, the 2011 model year Durango shares a similar shape and features with the Jeep Grand Cherokee. However, the full-sized Durango has a full additional row of seating.

While the Durango enjoyed many years of popularity as a mid- and full-sized SUV, these vehicles always had the serious safety concerns that are a major part of SUV design. Due to the many safety risks associated with these vehicles, they may be particularly susceptible to rolling over in sharp turns or after a significant side-impact collision.

Rollover and Roof Crush Risks in the Dodge Durango

A major safety concern in the Durango is its relatively narrow wheelbase compared to its increased height. Especially, after the addition of another row of seating, the height of the Durango raised the center of gravity in the vehicle. This heightened center of gravity is more likely to pull downwards in a tight turn or after a vehicle is tipped due to a collision.

If a vehicle does roll over due to a high center of gravity, the passengers inside rely on the strength of the roof support beams to prevent the roof from crushing in on the vehicle. These accidents occur when the roof support beams can't hold up the sheer weight of the vehicle. When the beams collapse, the bulk of the vehicle falls into the passenger compartment, often leaving motorists with severe head and neck problems or injuries.

Every year, the National Highway Traffic Safety Administration (NHTSA) releases the results of their safety testing for consumer vehicles. According to this federal safety organization's ratings, the Dodge Durango scores three stars out of five for both the two-wheel and four-wheel models. Compared to other motor vehicle models such as sedans, these safety scores illustrate a significantly higher possibility of a rollover accident.

These ratings also show that the possibility of a roof crush is a real danger in a Durango. As roof crush accidents occur as a result of the vehicle flipping over, preventing a rollover is the easiest way to prevent a roof crush accident. However, with such comparatively poor ratings from the NHTSA, the Durango leaves much to be desired in roof crush prevention.

If your injuries or the injuries of someone you love were caused in a Dodge Durango rollover or roof crush accident, we may be able to help with the process of filing for financial compensation. To discuss your full range of legal options after sustaining an injury in a Durango rollover accident, contact the Willis Law Firm today at 800-883-9858.