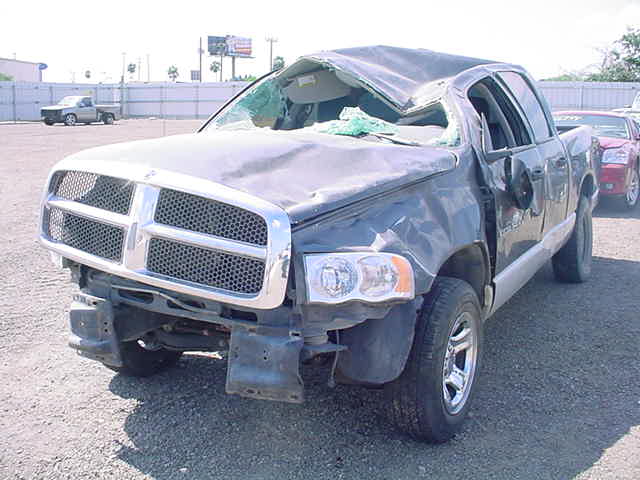 In 1981, Dodge released their first generation of Ram pickup trucks. These trucks were named similarly to the Ford F-series trucks by labeling the half-ton model as a 150. These first-generation Rams sold relatively poorly with consumers until a redesign in 1994. With this redesign, the half-ton model Ram became known as the 1500 model. However, the considerable cosmetic changes in 1994 did little to improve overall safety in these trucks. Unfortunately, these vehicles scored poorly on the Insurance Institute for Highway Safety's tests, with the IIHS noting airbag problems and a weak vehicle structure during an accident.

In 2002, the Ram was redesigned again. The frame and powertrain were changed, as well as a newly implemented suspension. Cosmetic changes affected both the interiors and exteriors, but maintained the large grille on the front of the vehicle. Additional alterations were made cosmetically in 2006.

The Ram changed again in 2009, receiving updates to the exterior, increased emphasis on the four-door cab, and a modified storage system in the truck bed. Handling was also improved in the 2009 through a new suspension. 2009 also saw the offering of large Heavy Duty variants on the Ram. In 2010, a Ram hybrid was produced.

Although the Ram has a long history, little has been done throughout this history to drastically decrease the risk of rollover accidents that largely occur due to a high center of gravity in the Ram. This safety hazard is still a problem for Rams, potentially endangering any motorists driving these vehicles.

Rollover Risks in the Dodge Ram

Like other pickup trucks, the Dodge Ram is significantly taller than many sedans of comparable width. This increased height is attributed to the larger engine and cargo needs of the truck and makes this vehicle much less suited to handle the safety needs of a consumer vehicle. In particular, sharp turns or swerving motions on the road may cause these trucks to tip over due to the high center of gravity. As a result of this tipping motion, the truck may enter a roll.

As the truck rolls over, any passengers caught inside can be thrown around the interior of the vehicle, causing severe injuries, or even ejected from the vehicle. Even when restrained seat belts or being protected by airbags, the insufficient safety features that neglect to deal with all-around impacts can lead to a need for immediate medical attention.

Government Safety Scores for the Ram 1500

Although an extremely popular pickup truck in the United States, the Dodge Ram 1500 didn't receive particularly strong scores for highway safety from the National Highway Traffic Safety Administration. This government consumer safety group gave the Ram a four-star rating out of five stars throughout much of the 2000s for rollover safety. This four-star rating roughly matches many other SUVs and pickup trucks, showing a flaw in the design of these taller vehicles.

However, the 2009 Ram didn't rate as well. Scored at only three stars out of five in four-by-four rollover testing, this model year showed how the supposed upgrades and improvements actually weakened the vehicle's overall safety performance.

If you or someone you love has sustained an injury as a result of a Dodge Ram 1500 rollover accident, our experienced legal advisors may be able to help with the process of pursuing compensation through a legal claim. For more information about these claims and what options may be available for you after an injury, contact the Willis Law Firm today at 800-883-9858.