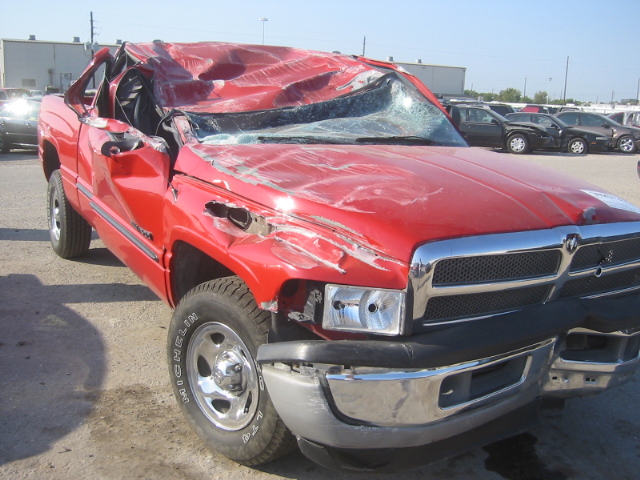 The Dodge Ram was introduced in 1981 as an update to the older generation of Dodge pickup trucks. These Rams carried many of the same naming conventions as older Dodge models and borrowed the “150” name from Ford to denote a half-ton truck. These names would later be altered in 1994, distinguishing them from similarly-named Ford offerings. In addition to changing the name, the Dodge Ram was significantly redesigned and given a substantial update in the looks of the vehicle.

While the cosmetic changes in 1994 improved the truck's sales, the safety quality of the 1500 did not greatly improve. The Insurance Institute for Highway Safety (IIHS) noted that the 1994 Rams had a weak structure that could cause harm in an accident and that the vehicle's airbags had serious defects. To modernize and improve the Ram, Dodge redesigned these trucks in 2002. These new Rams included a changed suspension system, a new powertrain, and an updated frame. The trucks were cosmetically redesigned, except for the traditional large grille on the front of the vehicle.

In 2009, Dodge launched their fourth generation Rams. Changing the truck bed's storage system, improving the four-door cab model of the Ram, and making some cosmetic alterations, the fourth generation Rams still showed many of the same safety concerns that previous models had. 2009 also saw the launching of a new Heavy Duty model, while 2010 saw a Ram hybrid.

While handling and power have been improved over time, the Dodge Ram 1500 still exhibits many very serious safety concerns that weren't adequately addressed by the truck's manufacturer. In particular, the vehicle's heavy weight and considerably high center of gravity may contribute to an increased possibility of a rollover accident and, as a result, a roof crush accident.

Roof Crush Dangers in the Ram 1500

Roof crush accidents occur as a result of rollover accidents. When a vehicle flips over, the heavy weight of the main body of the vehicle can press down onto the roof support beams that should keep the roof from collapsing into the passenger cabin. If these beams can't hold up under the pressure put on them during a rollover accident, the roof may cave in. As a result, anyone trapped inside may sustain severe injuries, often to the head and neck.

Due to the possibility of extremely severe injuries, the best safety measure for preventing a roof crush injury is to avoid the causal rollover accident. As such, vehicles with a lower rollover risk are less prone to cause subsequent roof crush injuries.

Safety Ratings for the Ram 1500

While the Ram 1500 has been redesigned multiple times, little has been done to significantly improve the safety features of this line of pickup trucks over time. According to the National Highway Traffic Safety Administration (NHTSA), the four-by-two model of the Ram 1500 scored a mediocre four out of five stars in rollover safety ratings. The four-by-four models did even worse, scoring only three of five stars.

Similarly, the IIHSA has repeatedly cited a number of very serious safety concerns, including low rollover scores. Between the IIHSA's own concerns, the NHTSA's ratings, and JD Power's Initial Quality Study, the Dodge Ram 1500 was unofficially ranked as one of the most dangerous pickups in America in 2012.

If you or someone you love has sustained an injury in a roof crush incident caused by a Dodge Ram 1500's dangerous safety failures, we may be able to assist you with the process of filing a compensation claim. To learn more about Dodge Ram 1500 roof crush injury claims, contact the Willis Law Firm today at 800-883-9858.