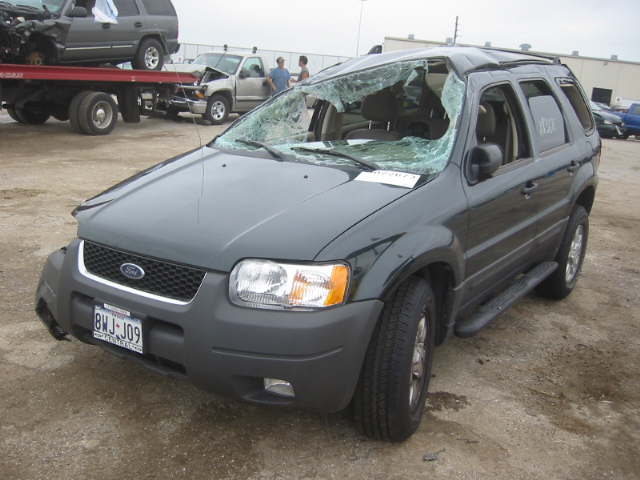 The Ford Escape is a compact crossover SUV sold as a smaller offering than Ford’s much larger Explorer and Expedition. Originally released in 2000, the Escape is still a larger SUV than similar crossover models by Honda and Toyota. Many of the Escape’s first-year models were later recalled in 2007 due to the possibility of an engine fire. However, later models addressed this safety flaw.

A hybrid model of the Escape was released in 2004. Otherwise similar to the regular Escape in terms of handling and safety, one of the few performance differences cited was the slowness and marginally unresponsive braking system, which was directly tied to the hybrid's ability to recharge the battery while braking. This was addressed in the second-generation Escape, though.

After safety updates in 2005, the second-generation Escape was released in 2008, making electronic stability control a standard feature. Additional stabilizer features were added in 2009, as well as the aforementioned improvements to the braking system in the hybrid model.

These changes have improved the Ford Escape's safety features, but they still haven't significantly improved the vehicle's risk of rollover accidents. These vehicles still have a relatively high center of gravity, which contributes to the possibility of rolling over.

According to the National Highway Traffic Safety Administration, or NHTSA, the Ford Escape's four-wheel drive and two-wheel drive models only receive three stars out of five on its rollover safety test. These vehicles illustrate a heightened chance of rolling over during a tight turn or a powerful side-impact accident.

Rollover Risks in the Ford Escape

Like many other SUVs, the Ford Escape’s design—a taller profile with a proportionately narrow wheelbase—results in a relatively high center of gravity when compared to other vehicles. If this high center of mass tips beyond its supportive base during a turn, emergency driving maneuver, or accident, it can tip over. These rollover accidents are extremely dangerous, and regular safety features such as airbags and seat belts fail to significantly improve a person's chances of avoiding severe injuries.

As a result of a rollover accident, a motorist may sustain serious injuries to his or her head, neck, or spine. These injuries often require immediate medical care in addition to extended care to treat health concerns such as permanent nerve damage or brain damage. Over time, these injuries can be very costly, creating a major financial burden on a family.

Rollover injuries are a very serious matter than can leave a family facing significant medical bills in addition to lost wages and other damages. Compensation may be available through legal action, however.