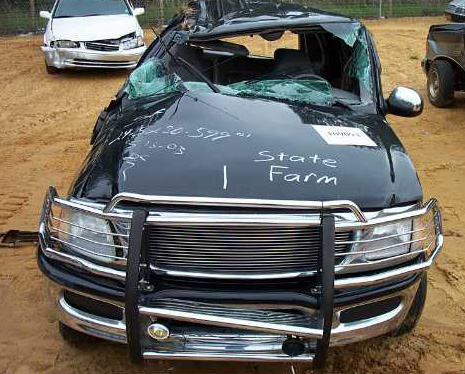 The Ford Expedition was first produced in 1997 to replace Ford's Bronco line, serving as the company's major line of full-sized SUVs. These SUVs remain in production despite the discontinuation of Ford's similar, albeit larger, Excursion model. Expeditions have enjoyed considerable popularity, in large part due to Ford's reputation for reliability and affordability. However, these vehicles haven't escaped the large number of safety problems that plague full-sized SUVs in general and Ford's models in particular.

The Ford Expedition was created to replace the company's Bronco line, whose reputation was tarnished by a bad rollover safety record as well as negative exposure in contemporary news events. However, this model inherited many of the same issues found in the Bronco due to its size and Ford's manufacturing partners' mistakes.

Generally speaking, full-sized SUVs are predisposed to rollover accidents when compared to other vehicles. Even more so than pickup trucks, SUVs have tall profiles to provide roomy interiors for consumers, but this is often coupled with a narrow wheel base. While this extra space is seen as a luxury for many buyers, especially for large families, it's also a serious safety concern.

The tall profile and high center of gravity of an SUV means that the forces acting on the vehicle during a sharp turn are actually causing the top of the vehicle to pull towards the road and the wheels to potentially lift off the road surface. With the proper tires, a driver may be lucky enough to keep his or her wheels on the ground and avoid catastrophe. Unfortunately, however, the Expedition, like the Bronco, didn't have properly manufactured wheels until the 2001 split between Ford and Firestone. These tire defects led to a recall of 13 million tires.

This combination of dangers puts motorists at high risk for rollover accidents.

If a Ford Expedition does roll over, the driver and passengers are supposed to be protected by adequately strong roof support beams. These beams should protect anyone in the cabin of the vehicle by preventing the weight of the inverted vehicle from crushing the roof. However, these beams often fail simply due to the overwhelming weight of the vehicle.

Roof crush injuries can be entirely prevented if a manufacture takes steps to avoid design and manufacturing errors that increase a vehicle’s risk of rolling over. However, the National Highway Traffic Safety Administration safety rating for 2012 Expeditions in rollover crashes was only three of five stars for four-wheel drive models and four of five stars for two-wheel drive models.

Many motorists may be unsure about the steps to take after sustaining an injury from a rollover accident due to a roof crushing in on the vehicle. These injuries often leave behind expensive medical bills due to intensive short-term care and substantial long-term medical requirements.

If you or someone you love has been injured in a rollover accident in which the roof crushed into the interior of the vehicle, there may be legal options available to fight for financial compensation. To learn more about these options after a Ford Expedition roof crush accident, contact the Willis Law Firm today at 800-883-9858.