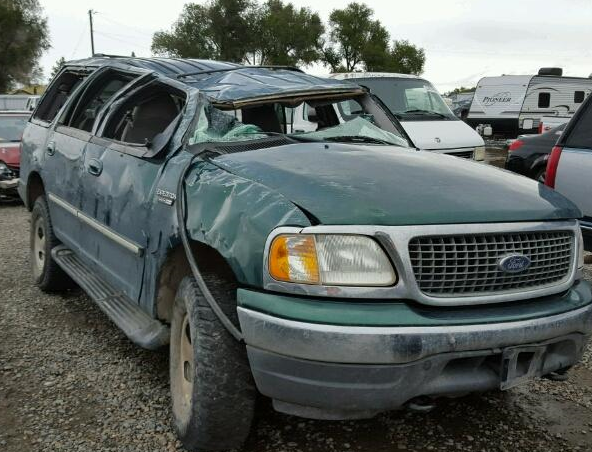 Generations of the Ford Expedition

The first generation of Ford Expeditions was designed to replace the two-door Ford Bronco and give drivers better off-road capability. With its underbody skid protection, heavy duty trailer towing capabilities, part-time and full-time four wheel drive, and heavy duty rear-limited slip differential, the first generation of Ford Expedition made it easier for motorists to tow heavier objects and perform well when driving off road. Initially, only a two airbag system was placed within these vehicles, giving it a much lower safety rating in its early years. However, Ford introduced an optional four airbag system near the end of the first generation that helped improve this rating. Unfortunately, these vehicles still performed poorly when it came to rollover safety.

The second generation was introduced with the 2003 model and included a number of changes. Some major differences in the vehicles of this generation were the four wheel independent suspension system, a higher towing ability, new systems for steering, braking, and electronics, redesigned V8 engines, and cosmetic designs both on the outside and inside of the vehicle. Additionally, a few new safety features were added, such as a roll stability control, which improved the safety ratings of certain year models. However, this generation of vehicles still presented a rollover risk for those who drove them.

Despite the number of changes the Ford Expedition has undergone, it is still lacking in multiple ways when it comes to safety. According to studies on the safety defects of Ford Expeditions, it was found that there were several weaknesses which increased the likelihood of serious or fatal injuries in rollover accidents, including:

Because of these safety defects and inherent risks, Ford Expeditions and SUVs like it are the cause of nearly 8,000 deaths per year, many of them due to rollovers. If you or someone you love was injured or killed in a Ford Expedition rollover accident, contact the Willis Law Firm today at 800-883-9858.