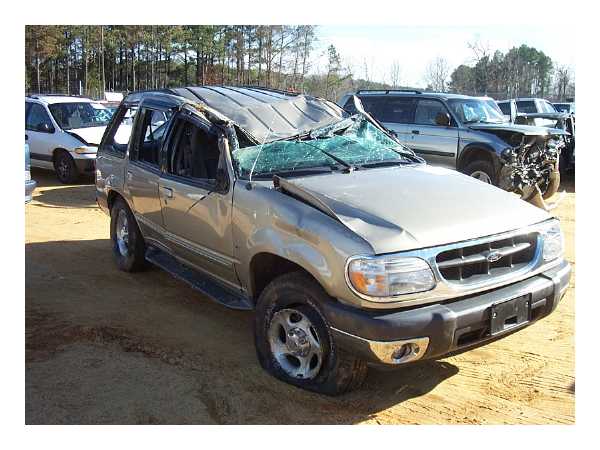 In 2002, Ford finally chose to make changes to the design of their Ford Explorer SUV after nearly 20 years of deadly rollovers that had begun with the vehicle’s precursor, the Ford Bronco II. This change may have come too late, however, as hundreds of individuals had already died in Explorer accidents.

The long history of safety problems associated with the Ford Explorer has much to do with its faulty design and the reluctance of the Ford Motor Company to make necessary changes despite their knowledge of the vehicle's instability.

The Ford Explorer was created in 1992 and was modeled after the Ford Bronco II, an SUV that had been labeled the most deadly SUV on the road by the Insurance Institute for Highway Safety. The Ford Explorer was marketed as a safer, more family friendly version of the Ford Bronco II. However, in their own studies, Ford became aware of continued problems with the vehicle's stability and made limited attempts at correcting the problem.

Like the Ford Bronco II, it was concluded by internal testing of the vehicle that it had a significant stability problem. When test drivers were repeatedly seeing the vehicle's wheels tip up on one side off of the ground, Ford had its engineers explore possible ways to improve the vehicle's stability. The answer, as with the Bronco II before it, was that the vehicle needed to be widened by two inches. Rather than spend the money and time necessary for making these improvements, Ford instead decided to make minor changes to suspension and tire pressure. Once those changes were made, the Ford Explorer was released to the public, destined to cause one devastating accident after another.

Upon its release, rollovers began happening almost immediately. By far the largest causes of Ford Explorer rollovers were tire blowouts and tire tread separation. Unlike a normal vehicle, when a Ford Explorer suffers a tire blowout, it is not often able to simply pull over to the side of the road. Unfortunately, when a tire on a Ford Explorer explodes, the vehicle easily flips over because the stability is momentarily blown off course. Ford attempted to point the finger at Firestone tires, but after Firestone conducted its own tests, their 100 year relationship was severed in 2001. When other tires were used on the Ford Explorer, it was apparent that the vehicle's inherent stability problems, not the tires, were to blame for the rollovers.

Changes to the Ford Explorer and Continued Lawsuits

If you or someone you love was injured or killed in a Ford Explorer rollover accident, contact the Willis Law Firm today at 800-883-9858.