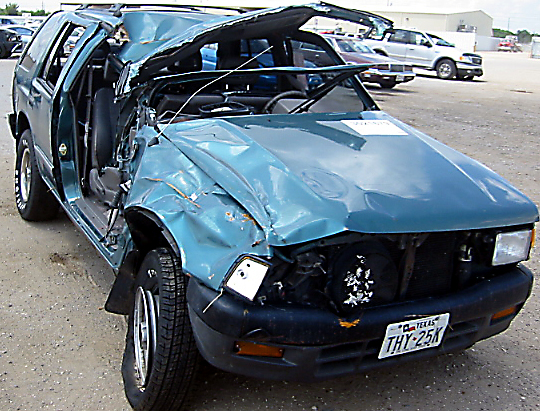 The Isuzu Rodeo was first sold as its own offering in 1989 as a mid-sized SUV. Originally, the Rodeo was a type of Isuzu pickup truck, operating then under the name of the Isuzu Faster. Eventually, the company opted to produce both a three-door and five-door SUV under the Rodeo name. The three-door version was sold in America as the Amigo in 1989, with the five-door Rodeo coming to the United States in the following year.

Unlike the Amigo, the Rodeo was initially available in either a manual or automatic transmission. Additionally, both four-wheel drive and rear-wheel drive versions were available. The four-wheel drive version featured standard anti-lock brakes for the rear wheels. While the Amigo was phased out by 1994 in the United States, the Rodeo was improved throughout the mid-1990s. Isuzu replaced the engine in 1993 and again in 1996, and added additional airbags in 1995 with an update to the vehicle's dashboard.

In 1998, the Rodeo was redesigned for a second generation. Additionally, the Amigo was brought back. Adjustable shock absorbers were added to the second generation models, as well as an optional suspension control system. However, many of these second-generation Rodeos were recalled in 2010 due to problems with frame corrosion near the rear suspension. The Rodeo was canceled in 2004.

While the Isuzu Rodeo enjoyed significant success for many years, it still had serious safety problems that weren't addressed by the occasional updates or redesigns to the vehicle. Instead, the vehicle's profile still made it especially dangerous in terms of rollover accidents.

Like many other SUVs, the Isuzu Rodeo's tall profile made it particularly dangerous in terms of rollover accident risk. As the tall profile and otherwise narrow base raised the vehicle's center of gravity, a sharp force pulling the vehicle to the side or knocking it off balance could be devastating. This could happen as a result of a side impact accident or a driver making a sharp turn or swerve.

When pulled toward the side, the top of vehicle may actually begin to tip over. Given the momentum of the moving vehicle, this can cause the vehicle to go into an extremely dangerous roll. For anyone trapped inside the vehicle during one of these rollover accidents may be severely injured as a result.

NHTSA Safety Ratings for the Rodeo

The Isuzu Rodeo's corrosion concerns were not the only safety problem cited by the National Highway Traffic Safety Administration. This federal safety administration, in their yearly ratings of vehicle safety, gave the Isuzu Rodeo a relatively low score on their rollover safety ratings.

According to the NHTSA, the Rodeo, when ranked for rollover safety, only achieved a three out of five star rating from these tests. While this rating may not seem that bad, a three-star rating indicates a sub-par ability to protect motorists in case of a rollover accident

An Isuzu Rodeo rollover accident may leave you or someone you love with serious injuries and considerable financial burdens tied to medical costs and a loss of wages. To learn more about the legal options available to pursue compensation for these expenses, contact the Willis Law Firm today at 800-883-9858.